Showing posts from October, 2014
Show all

To Botox or not to Botox? 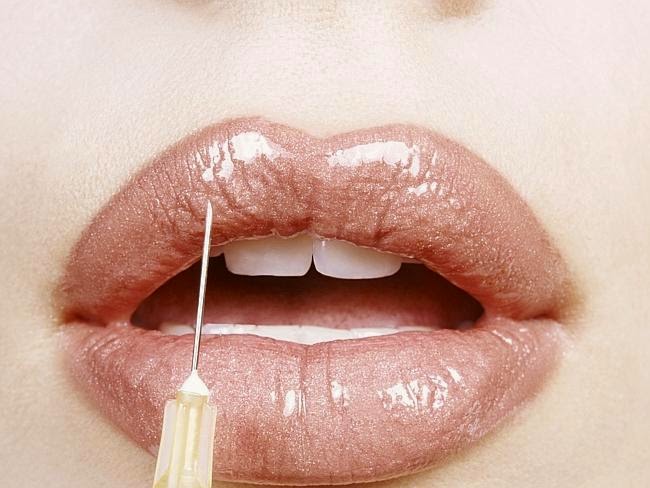 It all started innocently enough.

I had an ongoing eye twitch related to a medical condition. We tried everything to fix it.
“Surely there’s a pill I can take for this?” I demanded with frustration to the eye specialist.

“Well, we can try Botox in your eyelid,” she replied without hesitation, before proceeding to tell me it was perfectly safe and this was, after all, Botox’s original intended use: “to paralyse muscles that spasm”.

I started grinning widely and irrationally, which was a strange response for someone who had thus far eschewed Botox, fillers and everything, really (the most I’d ever had was the occasional old-school facial).

But here was a serious doctor; a thoroughly practical, sensible, trustworthy woman telling me that Botox was safe.

So I tried it. And it was no big deal. It didn’t even really hurt. It opened the floodgates.

I began discussing Botox with everyone around me – friends, colleagues and family.

It seemed many of them were also considering it, or had used it.

Are You Ready to Take it All Off?

- October 19, 2014
Sharing from someone with Chronic Cystic Acne. Treatment with face-lift, fillers and CO2 laser re-surfacing... 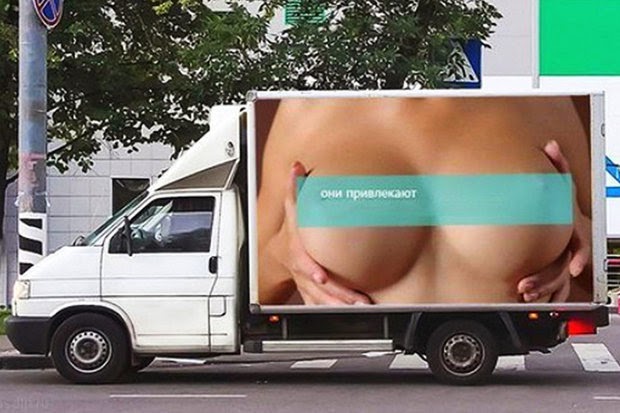 From Dailystar.co.uk -
The ads placed on the side of 30 trucks showed a woman cupping her breasts in her hands with the nipples just out of sight thanks to a thin blue strip.

Across the strip it read: "They Attract".

But as the vans trundled around the streets, they left a trail of carnage in their wake with 517 accidents being reported.

As police started to get complaints from irate drivers they sent out patrols on a mission to ban the boob from the Moscow roads.

Motorist Ildar Yuriev, 35, said: "I was on my way to a business meeting when I saw this truck with a huge photo of breasts on its side go by.

"Then I was hit by the car behind who said he had been distracted by the truck.

"It made me late and left my car in the garage and although I am insured I am still out of pocket."

A spokesman for the Sarafan Advertising Agency that organised the promotion said: "We are planning to bring a new advertising format onto the market, encouraging companies to place …
Post a Comment
Read more

- October 19, 2014
When Apple announced the iPhone 6 and 6+, one of the more interesting features added to the new devices was the ability to capture video at 240fps when shooting at 720 resolution.

Below is a video that compares fake and real bouncing boobs, captured with iPhone 6 at 240 frames per second.

- October 14, 2014
If you are interested to to go for a plastic surgery procedure in Kuala Lumpur (Capital of Malaysia), you're in the right place.

It is clear from browsing around forums and popular blogs that there is a lot of confusion out there. A lot of advice has been fueled by how much commision the centres (including foreign cosmetic surgery centres in Korea) they are talking about offers without actually knowing whether the centre or the 'doctor' is legal or illegal.

Thankfully, the Malaysian Government has come out with guidelines on aesthetic medical practice to address some of the confusion. It's clearly stated in the guidelines that major and invasive cosmetic surgery procedures (breast augmentation, major liposuction etc.) have to be performed by a qualified plastic surgeon in an operation theatre at a hospital or an ambulatory care centre.

In this post, we have compiled a list of plastic surgeons and cosmetic surgery centres in Kuala Lumpur.
Kindly call for appoin…
Post a Comment
Location: Kuala Lumpur, Federal Territory of Kuala Lumpur, Malaysia
Read more

- October 07, 2014
If you are interested to to go for a Breast Augmentation procedure in Petaling Jaya (Selangor, Malaysia), you're in the right place.

It is clear from browsing around forums and popular blogs that there are a lot of confusion out there. A lot of advice has been fueled by how much commision the centres (including foreign cosmetic surgery centres in Korea) they are talking about offers without actually knowing whether the centre or the 'doctor' is legal or illegal.
“Beauticians can be hauled up by the Malaysian Medical Council (MMC) if they portray themselves as doctors or they carry out procedures that only doctors can do under the guidelines on aesthetic medical practice,”... Read more: http://www.thestar.com.my/News/Nation/2013/06/30/Ugly-truth-awaits-beauticians-Jail-and-fine-for-nondoctors-who-practise-aesthetic-medicine/

Thankfully, the Malaysian Government has come out with guidelines on aesthetic medical practice to address some of the confusion. It's c…
Post a Comment
Location: Petaling Jaya, Selangor, Malaysia
Read more Plastic Surgery Before and After (by Dr Dr. Philippe Chout, UK) -

Herbert Chavez went through 16 years of surgery to look (kinda) like Superman.

Using the Everyday App after Reconstructive Plastic surgery and it's Wow 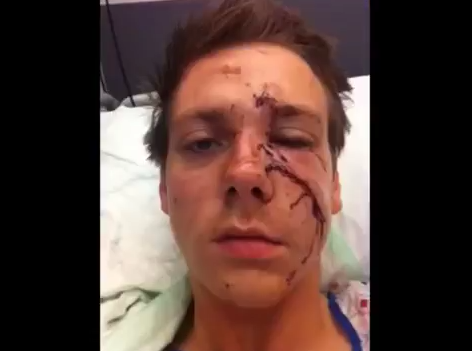 Man was "Glassed" in the face in unprovoked assault by random drunk man.
Following reconstructive plastic surgery he took a photo everyday with iPhone app "Everyday" to track the scars healing.

Video posted to show people that while damage after surgery/an assault may look bad initially, after months of healing the scars dramatically improve.