May 24, 2012
The late 1950’s and early 1960’s saw the introduction of various surgical disciplines into our young, recently independent country which naturally first occurred in the General Hospital of our capital city of Kuala Lumpur. Well defined surgical disciplines such as Orthopaedics, Ophthalmology and ENT took root fairly rapidly and quickly established their respective departments in that period. The General Surgery Department while firmly established too, began to experience the introduction of various surgical subspecialties in the form of regular visiting surgeons from outside the country, particularly the United States. The then Senior Consultant Surgeon in KL General Hospital, Dr S M A Alhady, as the Chief of Surgery was largely instrumental for these visits. A well respected and experienced surgeon, his foresight and effort created a fertile milieu whereby young impressionable surgical trainees were given invaluable exposures from these regular visits. From 1962 until 1965, visiting surgeons from overseas coming from various subspecialties such as cardiothoracic surgery, vascular surgery, urology, neurosurgery and plastic surgery took turns, each visit comprising of two to three weeks operating sessions during which the surgical registrars and trainees were given the task of looking after these guests. Through these visits, the neurosurgery department was established in 1964.

Dr Bernard L Morgan, a plastic surgeon from Jacksonville, Florida came repeatedly for these visits and with Dr S M A Alhady, these two men recognised the immense potential and the need for the specialty to be developed permanently on a local basis. Dr Morgan went a step further and graciously accepted two local trainees in his residency training programme. This event marked the beginning of progression from total dependence on foreign expertise to an eventual state of self sufficiency for the country. Two local doctors identified for the programme were Dr V Sivaloganathan and Dr S Kandiah.
Dr V Sivaloganathan, then a lecturer in medical faculty of University of Malaya, was sent to the United States in August 1965. Upon completion of his training and qualification in 1969, he returned as the first plastic surgeon of the country. He went back to the university to continue his work under the umbrella of the surgical department and remained so until his resignation in 1973.

Dr S Kandiah came to GHKL as a surgical trainee in 1962 and as a young registrar was greatly involved in those visits by overseas surgeons. On completion of his final surgical fellowship exams, he joined the residency training programme in the United States in March 1966, that is, six months after Dr V Sivaloganathan. After he was board certified, he continued his stay in the United States to research in keloids for a year He returned to Malaysia in the aftermath of the May 1 3 1969 riots. His plans to set up plastic surgical services had to a take back seat temporarily in view of the political instability. Grudgingly working as a general surgeon initially in the early 1 970s, he voiced his discontent to his previous Chief of Surgery, Dr S M A Alhady (who had then retired) and with the help of the Director General of Health, his first specialist posting in the government service was as a reconstructive surgeon in Sungai Buluh Leprosarium and secondarily as a plastic surgeon in KL General Hospital. While his work was mainly based in Sungai Buluh Hospital, he tried to make inroads in KL General Hospital. His effort was not unhindered as other existing specialties were not encouraging and he had to overcome many obstacles. Such a situation was not uncommon as when a newer specialty like plastic surgery was being developed, there was tendency for other established units to curtail it because of competition for limited resources in terms of finance, staffing and space.

If you are looking for the best clinic for your hymenoplasty (hymenal repair) procedure in Malaysia, you are in the right place. You have most likely browsed through various websites and hopefully, have shortlisted a few clinics or centres.

Ever wondered how much plastic surgeries and aesthetic procedures actually cost in Malaysia? Find out below.
We do understand that price is an important consideration for plastic surgery. Many Malaysians have gone for 'cheap plastic surgery' procedure locally and abroad. But a growing number of them have gone to see 'unqualified doctors' and have ended up with serious infections, asymmetry and botched results. The most vulnerable demographic is the 18-26 year old women seeking plastic surgery. Bombarded with misinformation about ethical plastic surgery, and the peer pressure for enhancing their looks; unqualified doctors and so-called professionals have taken advantage of their naivety and lack of guidance.

It's advisable that you just don't look for the cheapest deal as there are aesthetics guidelines in Malaysia that define who, what and where plastic surgery procedures can be and cannot be done in Malaysia.

Although the numbers and statistics are all over t…

Using Google to find the Best Plastic Surgery in Malaysia?

Breast Augmentation is the name of the plastic surgical procedure used to place breast implants. If you have tried searching the web for breast augmentation related information in Malaysia, you have probably been overwhelmed by the information available online. The aim of this article is to provide you with one-stop useful information related to breast enlargement procedure in Kuala Lumpur (KL) and Selangor, Malaysia. 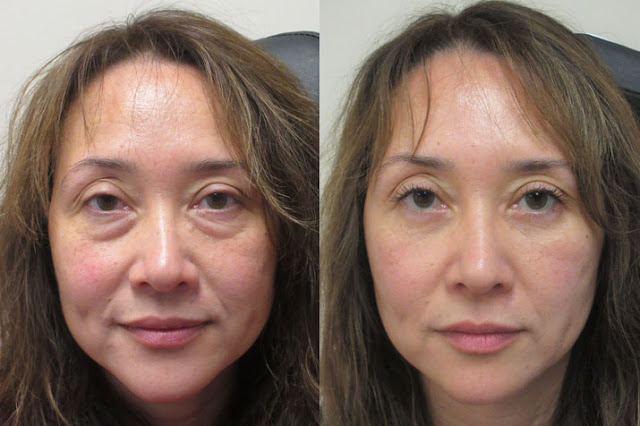 Eye Bag Removal in Malaysia: Cost and Reviews for 2020

If you are looking to find the best plastic surgeon or oculo-plastic surgeon to do your eye bag removal surgery in Malaysia, you may wish to check out related reviews before making the decision. Check out the reviews from customers who 'have been there, done that'.
We have gone through some of the eye bag removal surgery forums in Malaysia and we would expect that you would have probably done the same. It is clear that the information is all over the place and it's difficult to really decide on who is the best surgeon for you after reading all those forums. You will only need to short-list at least 2 for comparison and then choose one to proceed.
How Much Does Eye Bag Removal Surgery Cost in Malaysia?

If you are looking for gynecomastia related information and treatment prices in KL (Malaysia), you are in the right place.

Yes, men can have breasts too. Unfortunately, what looks great on women can be embarrassing for the opposite sex. Enlarged breasts are typically triggered by hormonal imbalances – when our bodies produce more oestrogen than testosterone.

While both female and male hormones occur naturally in our bodies, too much of the former can cause glandular tissue to be enlarged, resulting in unwanted breast development like man boobs. It can be made worse with fat deposits due to weight gain.

Readers and publishers tend to have problems differentiating between gynecomastia and male breast reduction.

Adult Circumcision is a minor surgery procedure to remove the tip of the penis’ skin, also known as the foreskin.

In adults, the procedure is often performed without a specialized circumcision device. This procedure can be carried out under the general anesthesia or locally injected anesthesia to reduce pain and distress.

Acute and serious complication of circumcision rarely happens (Less than 1%). Common problems are bleeding and skin infection. Complications rate are higher if the procedure is performed by an inexperienced surgeon or in unsterile environment.

Uncircumcised men are often curious about the prospect of adult circumcision. Although the idea of undergoing a circumcision procedure may be frightening at first, these procedures can be performed safely and comfortably in the proper setting. In addition, different methods of circumcision are available to meet the needs of virtually any uncircumcised man.
Circumcision vs. Uncircumcised: Which is Better?Being circumcised or uncirc… 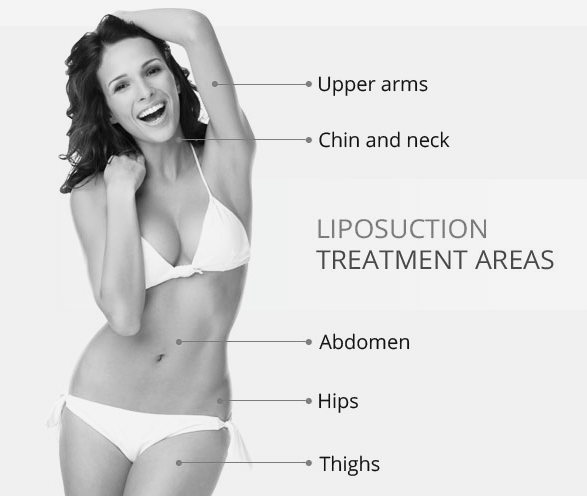 Liposuction Prices and Reviews in Malaysia 2020: A Practical Unbiased Guide

If you are looking for liposuction related information and liposuction prices in KL (Kuala Lumpur) or Malaysia, you are in the right place. You have most likely browsed through various websites and hopefully, have shortlisted a few clinics or centres. However, it’s clear that some of these sites are not aware of the local regulations and the Guidelines on Aesthetic Medical Practice for Registered Medical Practitioners. For liposuction procedures in Malaysia, the guidelines define and stipulate who, what and where liposuction can be and cannot be done.


There are also too many self proclaimed experts out there, but who's to know? That's why the guidelines above were developed, in order to protect innocent consumers. In order to verify whether your doctor is licensed to do cosmetic surgery in Malaysia, you can check whether they have a LCP Chapter 3 license over at the National Registry Of Registered Medical Practitioners (RMP) With LCP Chapter 3. AestheticsAdvisor.com
Liposuction … 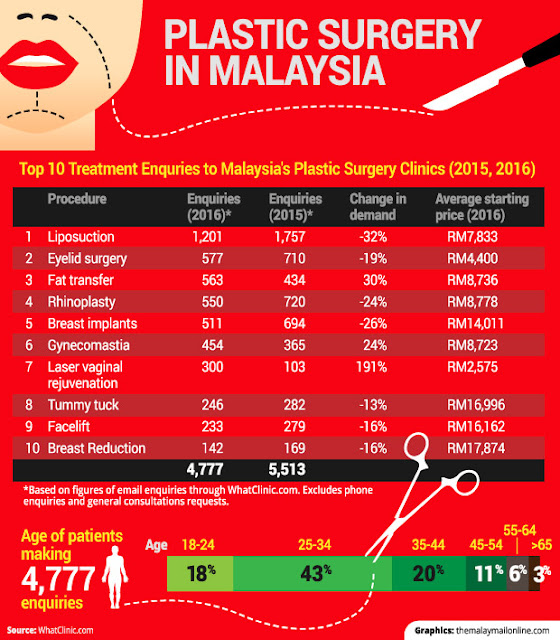 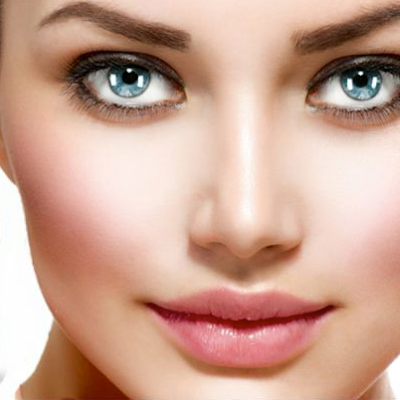 Looking for clinics to have your Botox done in Kuala Lumpur (KL) and Selangor, Malaysia?


The online world provides overwhelming information and while some of the sites do provide the needed information; the methods in which the clinics are selected are not explained. Are the medical doctors verified by checking with the Malaysian Medical Council etc.?