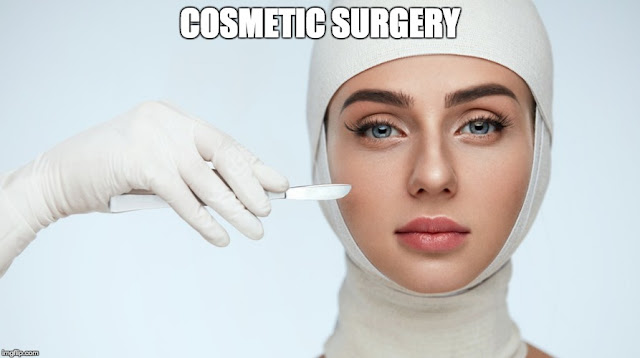 Less than 24 hours after he flew back to Melbourne, he was dead.

At the request of his grieving mother, Grace Westworth, a Victorian coroner investigated the care and treatment Mr Aiple received at the Beverly Wilshire Clinic in Kuala Lumpur, and found it fell well below Australian standards.

"I don't want anyone else to risk it," Ms Westworth told the ABC.

"It was totally dangerous. He was high-risk and they didn't stop."

Coroner Caitlin English found the case illustrated the need for people to be aware of the risks they are taking when they travel overseas for medical treatment.

"The Australian medical tourist will not necessarily be aware of the difference in standards of medical practice and management of patient care," she said.

'Life-changing' surgery turned into a nightmare

Mr Aiple wanted the extreme makeover to be life-changing.

In 2014, he underwent two marathon surgeries at the clinic in the space of five days.

He had a 360 degree tummy tuck, extensive liposuction, an upper eye lift, a chin tuck, a thigh lift, chest sculpting and lip filler, with the first surgery alone lasting between 8-10 hours.

"He couldn't move, he couldn't stand or roll out of bed after the first surgery," Ms Westworth said.

In emails to his mother, Mr Aiple complained of being short of breath, a rapid heartbeat, and fainting spells.

"He told me he was vomiting and his heart was rapidly beating," Ms Westworth said.

Yet five days later, he was given the all clear to fly home after his wounds, which had burst open, were treated.

"When I saw the gaping holes I couldn't believe what I was seeing. I could see inside."

Ms Westworth found her son collapsed in his bedroom the next morning. He died a short time later.

Surgery 'would never have been carried out' in Australia

The president of the Australian Society of Plastic Surgeons and former head of plastic surgery at the Royal Melbourne Hospital, Professor Mark Ashton, reviewed the treatment and care Mr Aiple received in Malaysia for the coronial investigation.

He said the multiple surgeries Mr Aiple had would never have been performed in Australia, and the care he received afterwards was grossly inadequate.

The Coroner's report states Mr Aiple had several open wounds that were oozing fluid, and carers found him in pain in his hotel room, with his bedsheets covered in blood.

Professor Ashton told the coroner Mr Aiple would have been treated as a "high-risk" patient in Australia, not as a moderate risk as noted by the Malaysian surgeon, Dr Nasir Zahari, due to being 124 kilograms and morbidly obese.

The review also noted the level of anti-blood clotting treatment administrated was below Australia's recommended levels.

Mr Aiple died after suffering deep vein thrombosis (DVT), when a blood clot moved from his legs to his lung. DVT is often associated with flying.

However, Professor Ashton noted the autopsy showed the clots had occurred weeks before his plane trip, while he was at the clinic.
'You are taking a bet,' surgeon says

It is estimated 15,000 Australians each year travel overseas for cosmetic and dental work.

The drawcard for most is the cost of overseas surgery is cheap. Mr Aiple paid an estimated third of what it would have cost him in Australia.

"The obvious question how much is your life worth. Leigh was only 31 and he is dead," Professor Ashton said.
Professor Ashton said there was no regulation of medical tourism, with bundle packages designed for patients to have maximum surgeries in the shortest period of time, irrespective of risk.

"Having surgery overseas comes with significant risk as it comes with no guarantee as to the standard of care you will receive," Professor Ashton said.

"When you go to these clinics they all look professional and when you try to research the standard of care and the level of expertise they have it's very difficult to find out."
He said surgeries were often done "sight unseen", as in Mr Aiple's case, where he only had one consultation with the surgeon five days before his surgery.

In Australia, a surgeon would require up to four pre-surgery consultations.

"The standards in Malaysia were met in this case, but they come nowhere near the standards here in Australia," Ms Hart said.

"These companies are putting profit over patient safety."

Professor Ashton said patients who had endured "botched" operations returned to Australia to have fix-ups, often at the expense of the public purse.

"We see three or four a month in Melbourne, but in Perth and Brisbane it's more," Professor Ashton said.
In a recent case a 19-year-old lost a breast and a nipple after having botched surgery overseas.

International manager with Gorgeous Getaways Paula Vernon said the doctors and facilities the company partners with are of world class standard.

"The doctors and facilities that we work with are amongst the top for each of the countries (sic)," she told the ABC.

"Meeting, and in some cases, exceeding international standards."

The company still partners with the Beverly Wilshire Clinic in Kuala Lumper and noted that the BMWC won International Medical Travel Journal Awards in 2015 and 2016.
"In all honesty, I've experienced medical standards in both Australia and Malaysia, where I underwent several big body procedures, and I have to say that hand on heart I did, and will continue to, actively select Elective Cosmetic Surgery in Malaysia," Ms Vernon said.

The surgeon who treated Mr Aiple, Dr Nasir Zahari, said that while he has not seen the coroner's review of the treatment the 31 year old received, staff at the Beverly Wilshire Medical Centre gave Mr Aiple the best medical and surgical care.

Dr Zahari said Mr Aiple was given a full explanation prior to surgery with regards to procedures, post-operative care and the possible risks and complications.

"Necessary steps to prevent and minimise possible risks had been taken including the prevention of Deep Vein Thrombosis," Dr Nasir said.